Way back when as a young kid, a few mates and I would dream about the sights, sounds and smells of these aircraft while patiently building our own air force of plastic models of the era. (But only when we had saved enough pocket money !).

To be lucky enough to see so many in one place and actually flying was an unbelievable experience for Jo and I, let alone the history behind each plane matched by the dedication and money needed to rebuild and keep them flying.

Hope you can sense a small part of the “buzz” that was there on the day from the following photo’s, I know my sisters will 🙂

And thank you to the kind gentleman who donated one of his complementry passes to us, that topped off a great day…… 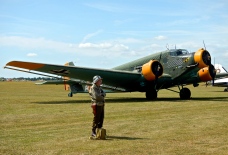 One of many in period dress for the airshow 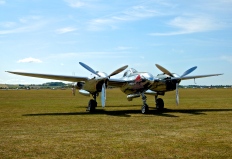 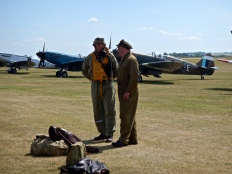 Period gear from the day

A happy guy in the cockpit of the B17 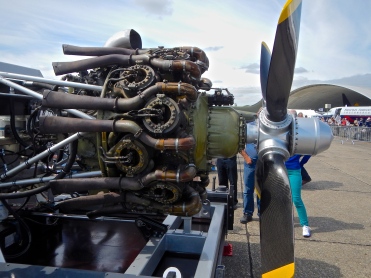 Radial engine from a Halifax Bomber

B17 & Mustang flying over the parked Mitchell Bomber

Spitfires in a row – 15 Spitfires were flying on the day, unbelievable

Laurel and Hardy made a surprise visit

Pair of Spitfires on take off 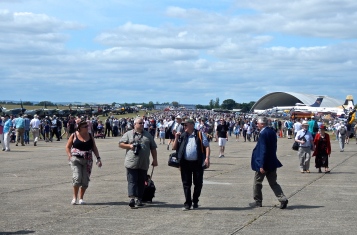 Some of the crowd for the day

Getting down low for a look ! 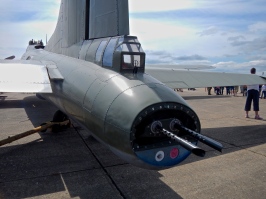 Not the place to be – Tail gunner of the B17 Bomber

Spitfires peeling off after a low level pass 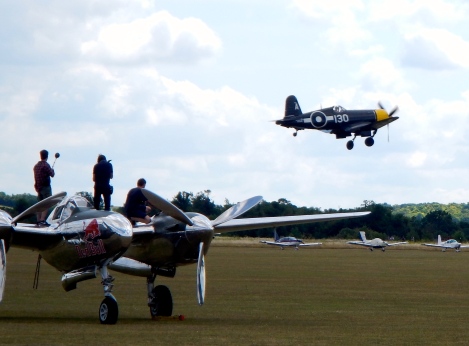 Corsair – The sound of 18 cylinder double radial engine is something to behold ! 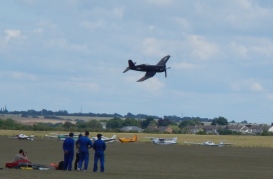 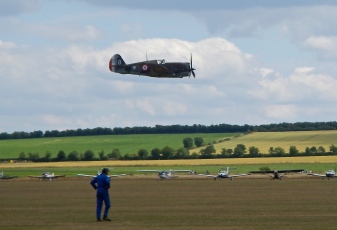 Pair of Mustangs doing their thing

Spitfire pass by, beautiful sound of a Rolls-Royce Merlin V12

Unbelievable sound and sight – B17 on take off

Mustang pulling away from the B17

Hispano HA-112 Buchan. Basically a Messerschmitt Bf109 with a Rolls-Royce Merlin engine built in Spain for their own airforce in 1950. Now painted in German colours

Up they go – Hurricane and Spitfire

Spitfire taxi”s past after landing 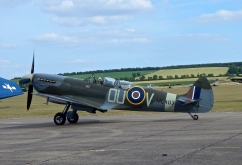 A 2 seater Spitfire ? Served in WW2 and was converted to a 2 seater in 1950 for the Irish Air Corps as an advanced trainer 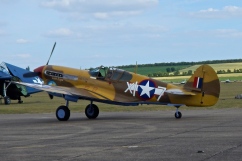 Curtis Warhawks taking to the air

What a sight ! A Lockeed P38 Lightning and a Mitchell B25 Bomber

Hope you found something of interest or at least got the inspiration just to go for a ride !
Press Enter To Begin Your Search
×
%d bloggers like this: